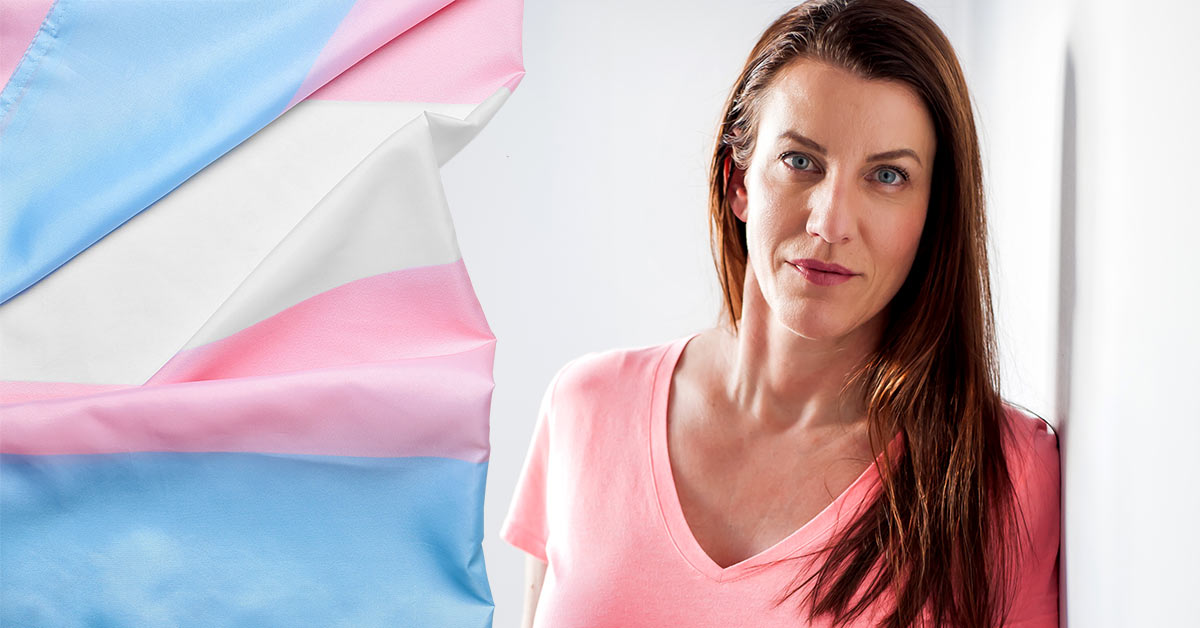 Speaker and author Tertia Albertyn has decided to open up about her experience as the proud mother of a 17-year-old transgender son. It’s not only a way of celebrating his coming into his true self but to also offer her insights to other parents of transgender children.

This is my story of how my daughter became my son. I’ve been debating how to tell it. There is so much I want to say, and so many ways to say it. It’s my story but also not my story. And when did it begin? Was it two and a half years ago when my then-daughter told me he was transgender? Or did it start five years ago, when my then-daughter hit puberty? Or 17 years ago, when he was born?

Some parents of transgender children will tell you they knew their child was “born in the wrong body” and that their child always said they were the opposite gender. I never knew. My son never told me he wanted to be a boy. Pre-puberty, he wasn’t particularly attached to any gender; he was just happy to be himself.

Everything changed once he hit puberty and his body started changing; from an androgynous child-like body into a woman’s. When his breasts started growing, he told me that he wanted to cut them off when he got older. He even started showering in a costume so that he didn’t have to see his increasingly female body.

The change was not only physical. The happy, carefree young child I knew started to become an increasingly depressed and anxious teenager. But still, he never told me he wanted to be a boy.

People reading this must be thinking DUH! All the signs were there! But I simply thought he was distressed about puberty. I knew the thought of growing up and potentially having to leave the family home was a very scary idea for him.

And so, he continued to become increasingly depressed and withdrawn. His world became smaller and smaller.

Then, two-and-a-half years ago, he said he had something to tell me; something he’d been wanting to tell me for a while but was very scared to. I explained that he could tell me anything. And that’s when he revealed that he believed that he was transgender.

I immediately told him that I loved him completely and unconditionally and that he had my full support to live his life however he wanted to. I said that I’d walk alongside him on this journey, wherever it may lead us.

And so began our journey of discovery, learning and acceptance.

My son socially transitioned almost immediately. He started on hormone blockers and has now been on testosterone for 18 months. Three months ago, he had his name and gender marker changed through the Department of Home Affairs, which was a fantastic feeling. Two weeks ago, he had top surgery to reconstruct his chest. It was a BIG milestone. Having female breasts is such an obvious, outward manifestation of gender.

Asking your child to live in distress for years seems unnecessarily cruel, and dangerous.

When I tell people about my son being trans, the first thing they ask is “is he sure?” or “are you sure?” The problem, as a parent of a trans child who wants to transition medically, is that you are taking on a huge responsibility. The changes that happen because of the cross hormones are permanent. Sure, you can stop the hormones in future, but some of the changes are permanent.

Some people say you should wait until the child is an adult and only then start medical intervention, but the longer you delay the transition, the harder it is. Once puberty is finished, it is very difficult to change its effects, such as voice, height, facial hair etc. But even more importantly, trans teens have one of the highest rates of depression and suicide among any other cohort. Asking your child to live in distress for years seems unnecessarily cruel, and dangerous.

The decision as to whether to medically intervene was made harder for me because my son has autism. People with autism often feel different or that they don’t belong. Was his feeling of being different, of feeling like he was in the wrong gendered body, due to his autism, or due to him being transgender?

It’s a massive decision to make, and one that I was not qualified to take. And so, we consulted the best medical professionals in the country to support and counsel my son through the process of transitioning into his true self. We had many sessions with the top trans teen psychiatrist, a psychologist, and an endocrinologist. Their feedback was unanimous and unequivocal – he was transgender and unlikely to ever change his mind.

I knew that my son knew he was transgender but hearing it from a professional with experience in this field gave me the confidence to take the next steps. And here we are, two and a half years later with a new name, a new gender identity and a new body. It feels good.

It has been an honour and a privilege to travel on this journey with my son.

We’ve come such a long way, and I am so proud of my son. It hasn’t been an easy journey. Was it hard? Yes, it was. For him and me. There were so many questions in my head, so many fears. But the one thing that never entered my mind was not accepting my son for who he was or loving him any less.

While it has been challenging; emotionally, mentally, physically, and financially, it’s been so worth it. It has been an honour and a privilege to travel on this journey with my son.

I am not shy or ashamed about any of this, and I know people are curious so they can ask away! However, the one thing I am not interested in at all is any judgement or bias or discrimination or misinformation about trans people. If you don’t “believe” in being transgender, then don’t be transgender. You do you. We will do us.

My advice to other parents is to listen to their child when they share their thoughts and feelings with you. Listen without bias, judgement, or fear. Yes, I know it can be hard to hear.

And yes, there is fear. Fear and grief. I felt I had to grieve the loss of my only daughter. But something I learnt through our journey is that you are not losing your child. That child is still your child, they are the same inside; it’s just the outside that changes.

Support your child, seek help for them, and consult with professionals in this field to help allay your fears and answer your questions. Be your child’s advocate. Join the many wonderful support groups for parents of trans teens on Facebook and WhatsApp; they are amazing resources. But mostly, just love your child unconditionally. That’s all your child needs, and that is what they deserve.

Tertia Albertyn is an accomplished speaker and published author. She lives in Cape Town with her husband and three children. She has assisted many gay couples and singles become parents through the gift of egg donation and surrogacy. Tertia is the founder of Nurture – South Africa’s most successful egg donor programme.